MUST READ THIS RULES & REGULATION BEFORE DO ANYTHING ON PIXIBOTZ

MUST READ THIS RULES & REGULATION BEFORE DO ANYTHING ON PIXIBOTZ


Welcome to Pixiotz.Read below RULES & REGULATION and also follow them.

1.Posts are to be made in the relevant forum. Users are asked to read the forum descriptions before posting. Users consistently posting to the wrong forum may be given a warning.


2.Members should post in a way that is respectful of other users. Flaming or abusing users in any way will not be tolerated and will lead to a warning.


3.Members are asked to not act as “back seat moderators”. If members note an issue , report that post. We will verify that post & take a final decision.


4.Members are asked only to post in English, as this is an English speaking community.[If anyone write in other language, first get permission from ADMIN TEAM or MODERATOR TEAM]


5.Members should post in a way which is consistent with "normal writing". That is users should not post excessive numbers of emotions, large, small or coloured text, etc. Similarly users should not SHOUT or use excessive punctuation (e.g. ! and ?) in topic titles or posts. Users consistently abusing this will be warned.


6.Members should use an appropriate, descriptive subject when posting a new topic.Don't post same thing twice, for doing this you will get a warning.


7.Spam is not tolerated here under any circumstance. Users will be warned and their post removed or go to trash.


8.Posting a sales-thread on behalf of another member is not allowed.


9.Marketplace (Having two of the same threads at once) is not allowed.


10.In private message spamming nit allowed. If.If any member found when you talk with other member, simple click on report post button.


11.Duplicate threads or posts will be deleted, combined or locked.


12.Creating multiple accounts to give positive/negative reputation is prohibited and will result in a suspension and stripped of all reps.[Maybe banned all of your account]


13. Down voting a member more than 3 times within 1 day with no proper reason is not acceptable.[you got a warning for reputation - abuse]


15.Referral links only allowed to be posted if you include an original (non-referral) link.


16.Sharing of accounts which can be used for any fraud related stuff is not allowed and will result in a permanent ban.


17.Asking for up votes on a give-away- or contest-thread is not allowed.[maybe you will receive a warning]


18."PM me for the password (of any stuff)" it not allowed on PIXIBOTZ.


19.Posting Credit Cards, Pay-pal-Accounts, Bank-Accounts or any other form of fraudulent activity is strictly forbidden, this will result in a permanent ban without warning.


21.If any member trolling member's & staffs will result temp banned.

Threads that only contain a referral link, and do not contain a non-referral link will be instantly deleted (a warning will be given to the offending user as well). This counts for monetization links and/or URL shorteners as well.


1.In Shout-box you have to talk in English at all times, as stated above.Users who don't follow this rule will be warned/suspend or may be permanent banned.


3.Advertisement will not be allowed.[you maybe get a warning]


5.Linking your thread for no reason just to increase your threads viewers is prohibited.[you may get a warning]


6. Any-type of Buying, selling and trading is not allowed in the shout-box.[result temp banned / permanent banned]


7.Discussing politics in the shout-box is not allowed.


8.Discussing religion in the shout-box is not allowed.


9.Complaining about staff, actions done by staff or similar results in a ban.[cause it's void there respect]

10.Begging for money or something related is not allowed. 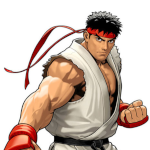