Yeh Hai Mohabbatein 15th February 2016 episode starts with Raman talking to some constables outside jail. He tells about his 2nd anniversary today, its valentines day tomorrow and I wanted to do something special for Ishita, I can’t do anything today, you all say what are your plans. The man says we don’t celebrate, we sit here outside jail on duty, my wife is understanding and bears everything silently. Raman says we are lucky to get such wives. The man asks Raman to think what can he without breaking any rule. Raman says I have some idea. The man says we will see. Raman gets the radio and says it does big things, listen to me now. He tells his plan. The man says great, you are so smart, we will help you. Raman gives him the radio. The man says your work is done, don’t worry, you taught us that where there is love, there is no distance and ways are made on own. Raman says please take this inside, there is just half an hour now.

Shagun thinks why Manoj did not call. She thinks why did he react that way and calls on clinic. Nurse says Sir is busy in delivery. Shagun says tell him I called and ends call. Sarika smiles seeing Shagun restless. She thinks to kick out Shagun from here. The women in cell talk about valentines day. Ishita hears them. Ishita thinks it means its our wedding anniversary today, we could not celebrate, I miss you Raman. The constable plays radio outside the cell wall, and the women hear it. They think they did not hear radio from this side ever. Raman calls the RJ. RJ says this message is for Jhansi Ki Rani. Ishita hears this. RJ says the message is sent by Ravan Kumar. Ishita happily cries. Raman smiles. RJ says names are interesting, we will call them, and calls Raman. Raman answers RJ’s call and says I m Ravan Kumar. RJ says great name, how did you do this Naamkaran. Yeh hai mohabbatein………..plays……… Raman tells their love story, when they met 2 years ago. We did not like each other and today when I do not see her, my day does not complete, she is my best friend and world’s best wife. The woman says wow, he loves his wife a lot. RJ asks where is his wife, they can connect him to her.

Raman cries and says no one can’t connect her, she is unreachable, but not away from me, we both are under the sky even today, I know she is listening to this program, and I want to give her a message. RJ calls him romantic and asks him to say. Raman says Jhansi Ki Rani I love you, you don’t know my state without you, its like I m breathing but I m not alive, you are my heart. I promise you this distance won’t be there for long. Ishita smiles. Raman says I will get you out, or do something to come to you. Ishita says I love you Raman, my Ravan Kumar, wish you a very happy anniversary. Raman says happy anniversary, I promise you are not with me this time, but we will always celebrate it, I love you very much. He cries and thanks RJ. RJ says great, we had Ram and Sita’s love story, and now Jhansi ki Rani and Ravan Kumar’s love story, we pray that this love story completes. He plays a special heart touching song for them. Tere liye………….plays…………..Raman and Ishita recall their marriage and lovely moments.

Raman thanks the constable and hugs him, saying you did a big thing for me. Ruhi tells Shagun that she will read a bed time story for the baby. She asks Shagun is she feeling uneasy and plays Ishita’s recorded bed time stories. She says Ishi Maa’s voice is so lovely. Shagun smiles.

Appa thinks how will Ishita come out free, I heard Niddhi is a good lawyer. Vandu hears them and worries, thinking the wine ended at home, how can I ask Bala to get more. She says I will go and see kids, and meet Bhalla aunty. She goes to Bhalla house. Bala thinks why is Vandu behaving strange. Mrs. Bhalla boils milk. Vandu offers help. Mrs. Bhalla says since Ishita went, all its messed up here. Vandu says don’t worry, I will give milk to Shagun and even Muttu. Mrs. Bhalla thanks her for help and goes. Vandu takes milk for Muttu first and goes. Sarika looks on. Sarika goes to kitchen and adds rat poison in the milk for Shagun. She says I got a good chance, Shagun will understand she should not fight with me. She smiles and says I will see her now. Mrs. Bhalla comes there and Sarika hides. She sees the milk for Shagun and says maybe Vandu went to give milk to Muttu, I will give this to Shagun. Sarika says now poison will show effect and Shagun will go to hospital.

Vandu comes back and thinks Mrs. Bhalla gave milk to Shagun. Mrs. Bhalla sees Shagun slept. Ruhi stops her and says Shagun slept. Mrs. Bhalla says I got milk for her, you drink this milk. Ruhi sends her. Ruhi drinks the milk. Muttu comes and makes the glass fall. Ruhi says why did you make it fall Muttu, Dadi will shout. She faints on the bed.

Yeh Hai Mohabbatein 16th February 2016 Precap: Doctor tells everyone that Ruhi is given rat poison. Niddhi tells Raman that I did not know you will take my idea so serious, Ishita will come back, I will give this file to jail authority..
_________________
[You must be registered and logged in to see this link.] 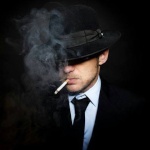